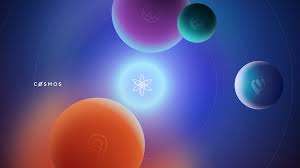 At the beginning of the "Spirituality, Health and Health Disparities Symposium" at Harvard Medical School on December 4, 2014, Alexandra Shields, HMS associate professor of medicine and director of the Harvard-MGH Center on Genomics, Vulnerable Populations and Health Disparities, said, "For those of us interested in reducing health disparities, this may be particularly important."
Shields stated, "We can't afford to overlook the possible impact of religion and spirituality on health." If someone refuse treatment because they are placing their health in God's hands, might their religious and spiritual beliefs have a negative impact on their health outcomes? Or could spiritual faith and hope be used to good effect in healing? Shields and the other speakers debated these issues.
According to Shields, the effort's codirector, the Health Disparities Research Program of Harvard Catalyst | The Harvard Clinical and Translational Science Center sponsored the conference with the goal of encouraging additional study into how spirituality and religion affect health. Through dialogue with the epidemiologists, theologians, public health researchers, psychologists, and sociologists in attendance, the symposium sought to start bridging gaps between Harvard academic members already engaged in this kind of study.