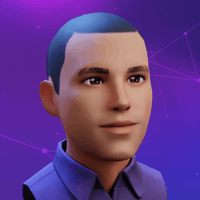 Photo by Lukas on Unsplash

Linux is a powerful and versatile operating system that is perfect for cybersecurity. It is stable, secure, and can be customized to meet the needs of any organization. With Linux, you can create a highly secure and efficient network resistant to attack.

It is a computer operating system used by many large organizations and corporations. It is known for its security and stability.

Many people in the cybersecurity field use Linux because it is less likely to be targeted by hackers and malware.

In addition, Linux can be used for various purposes, including web servers, desktop computers, and smartphones. This article will look at some of the best security tools for Linux.

In computing, Linux is a family of free and open-source software operating systems built around the Linux kernel. Typically, Linux is packaged in a form known as a Linux distribution for desktop and server use.

The defining component of any Linux distribution is the Linux kernel, an operating system kernel first released on September 17, 1991, by Linus Torvalds.

Distributions are maintained by individuals, loose collaborations of developers and user groups or commercial entities.

In cybersecurity, Linux is a well-known and respected operating system. It is known for its stability, security, and flexibility. Here are three reasons you should consider using Linux for your cybersecurity needs.

Linux is a very secure operating system. This is because it has been designed with security in mind from the ground up. This means malware or other security threats are less likely to be compromised.

Linux is a very stable operating system. This means that it is less likely to crash or experience other problems. This can be important when you are working with sensitive data or dealing with critical systems.

Linux is a very flexible operating system. This means that it can be customized to meet your specific needs.

It was developed by Mati Aharoni and Devon Kearns of Offensive Security through the rewrite of BackTrack, their previous information security testing Linux distribution based on Ubuntu.

What Is Kali Linux And How To Use It? - YouTube

Kali Linux is released under the GNU General Public License and is free for download.

Kali Linux comes with a wide range of tools that can be used for these purposes, making it a powerful tool for anyone interested in cybersecurity.

It includes a full suite of security tools that can be used to test the security of networks and systems. The OS is also highly customizable so that users can tailor it to their needs.

The Parrot Security OS is an excellent choice for a powerful and versatile security toolkit.

It has all the tools you need to test the security of your systems and networks, and its customization options make it easy to tailor the distribution to your specific needs.

BlackArch is a Linux distribution designed for penetration testing and security research.

It is based on Arch Linux and has more than 2000 tools in its repositories. BlackArch is available in both 32-bit and 64-bit versions.

BlackArch was created in 2012 by Kareem Shehata and Aaron Griffin. The project's goal is to provide a lightweight and flexible platform that can be used for various security tasks. BlackArch is available free of charge under the GNU General Public License.

BlackArch features many tools for network reconnaissance, vulnerability analysis, exploitation, password cracking, and forensics. BlackArch also provides a live ISO, which can be used to boot into a complete BlackArch environment.

Tails is a free and open-source operating system designed for privacy and security. It is based on the Debian GNU/Linux distribution and uses the Tor network to anonymize user traffic.

Tails were created in 2010 in response to the NSA's PRISM surveillance program. The project's goal is to provide a safe, easy-to-use environment for online activity. Tails are designed to be used from a live USB drive or DVD, and it leaves no trace on the computer.

Tails have many built-in features that make them more secure than other operating systems. These features include encrypted storage, an onion router, and an email client. Tails also have several tools for web browsing, instant messaging, and file sharing.

Based on the Xen hypervisor, Qubes OS allows users to run multiple virtual machines, each isolated from the others, making it more difficult for an attacker to access all of your data.

In addition, Qubes OS uses Security by Isolation to classify programs and data so that the rest of your system remains safe even if one component is compromised.

Qubes OS is designed with security in mind from the ground up, making it an excellent choice for anyone looking to improve their cybersecurity. In addition, the operating system is easy to use and has various features that make it a perfect choice for home and business users.

Whonix is a Debian-based Linux operating system designed for advanced security and privacy.

The system is split into two parts: the workstation, a general-purpose computer used for everyday tasks, and the gateway, which routes traffic through the Tor network.

This separation of duties means the gateway remains secure even if the workstation is compromised.

Whonix comes with some features to improve security and privacy. These include an integrated firewall, application isolation, and multiple virtual private networks (VPNs) support.

These tools make it easy to use different identities for different purposes and to track which sites and services are accessed using each identity.

Subgraph OS is a Linux-based operating system that provides enhanced security features to protect users from malware and other security threats.

The OS includes several features to improve security, such as a sandbox environment, application whitelisting, and an intrusion detection system.

In addition, Subgraph OS also includes many tools designed to help users better secure their systems, such as a password manager and an encrypted chat client.

Linux is a powerful operating system known for its stability and security. When it comes to cybersecurity, Linux is often considered to be one of the best options available.

This is because Linux can be configured to be as secure as possible, making it difficult for attackers to compromise systems. Additionally, many tools and applications available for Linux can help security professionals protect their systems.

While there are many great reasons to use Linux for cybersecurity, it is essential to remember that no operating system is perfect.

I originally published it on my cybersecurity blog, InCyb3r.