THE EXPOSÉ OF GRAVITY PAPER II 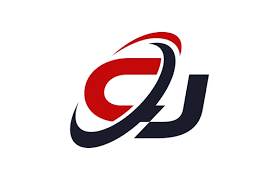 “...To this point, I still wonder what gravity actually is.”

When I personally allured to this statement in my first piece, I bet some of you wonder as to why I write such a piece and still make such a statement and why write what I understand not and to be fair it is as bedeviling to me as it is you alluding to the fact that the theoretical basis for gravity is an all-encompassing idea. I know that I am not one to many to speak in great plainness of speech but what I do know is that to all who read it, you did learn a lot and I know that it seemed somewhat contra-positing as to how I allured my thought in that piece but please forgive me for that ‘cause writing is not much of an intricate talent to me amongst others. Without further adieu let me get straight to the point.
Alas, gravity which was formulated in many forms, ways and formulas has been deceived to be if not the only but one of the only downward accelerating forces known to man. Let’s have a little thought experiment and ponder for a bit on this question: According to Newton’s third law; forces come in pairs, then which is the opposite pair for gravity if gravity is truly a force. Now, think again if the earth was flat, then thinks following the straightest line possible, would two bodies ever meet (i.e. do parallel lines intersect) following the Gravitation Principle?
My point exactly is that its not possible and the only reason things seem to be falling down when dropped is because: Every two particles or masses or bodies attract others with their own gravities which as per gravitational point action is aggregately concentrated at their center of mass. The experiment that was earlier conducted on the moon seems to clarify the idea that different masses fall at different rates but the not-so-obvious truth is that they fall at the same rate (i.e. the proponent inverse of time measured in per seconds). I have always been trifled with this question as to how the earth exact the same equal and opposite force on every human present regardless of the varying weights but then I re-evaluated the Gravitational Principle and I then realized that I am attracting the earth as the earth is attracting me and the reason that this might sound absurd is that my mass content is negligible when compared to the earth. Mass is an intricate and intrinsic property of matter and is a measure of how hard it is to accelerate an object. Therefore my mass is not sufficient enough to push the earth at a more faster rate than it does to me.
We are all acquainted with the fact that the shortest possible distance between two points in any euclidean space is but a straight line, assuming that both the topology and topography of the earth is indeed flat and two people tread on a straight line path, then the obvious truth is that they will never cross paths and can be proven using the ribbon test. The earth being an oblate spheroid by nature of its shape and in light of the geometry of its shape also portrays why things i.e. objects or matter appear to be ‘falling down’. Using the ribbon test, it is quite evident that without turning the ribbon and moving along the straightest path possible, that path runs from the west to the east and then due south, in finest terms, the path is going down. For a rigid-stationary body, in the space-time diagram maintains its coordinate in the space direction but moves positively and forward through time and this path is always symmetric and appears to be going down. This experiment can be conducted with a spherical object or a cone. Things do not fall down but by reason of the Newtonian law of Universal Gravitation; bodies, particles, as Newton suggests are either attracted to or repelled by each other. When an object is projected, the object follows a straight line through the curvature of space and time and by attractive force and due to mass discrepancies or varying body matter composition, the lighter object attracting with its own gravity will do so at a much faster rate than the massive object in question, but then I think again, why doesn’t the earth collide with the sun if this ideology were to be true, then I was forced to realize that there is a stronger repulsive force than this universal gravity of a thing but my understanding in that light is unfruitful. On earth, masses don’t attract that much because of frictional forces and other and other counter-intuitive forces I am yet to mention and even theorize. I leave you briskly with this lingering thoughts:

1. Where is the place of man in understanding the universe?
2. Why doesn’t matter in space attract and what is causing the universe to be ever increasingly expanding?